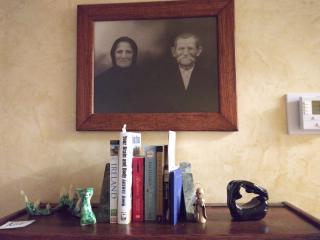 We need to elect candidates who run on an anti-bank platform. That means getting to them when they are just sorting out whether they will run or when they first start running. Any message that ties current day-to-day problems for citizens to the banks will resonate.

The problem is that the banks settle in quickly and start making contributions to avoid that run. But several candidates who have eschewed contributions from Wall Street did very well with soliciting campaign contributions from normal people. This requires at least limited access to prospective candidates. And you need to prepackage the message so they can just run on it.

COVID merely exposed a fundamental weakness in our economy. That weakness was caused by Wall Street securities firms. They drained out tens of trillions of dollars from U.S. wealth and the economy in general. And they are still doing it. Virtually all installment payment transactions are funded through securitization.

But securitization does not mean what is believed by the general consensus. If securitization meant that loans were divided up into parts that were sold to investors there would have been no 2008 Great Recession. Prices would not have sailed far above home values and loans would have been created that were properly underwritten in which appraisals, assessment of viability, and disclosures were all within the parameters required by Federal and State statutes.

That is not what happened. It takes a certain amount of financial sophistication to understand the basics of what did happen. Consumers thought they were getting a loan. They were wrong. A loan has two parties with a stake in the deal. That does not exist. A loan has a risk of loss on a normal common sense loan account receivable. That doesn’t exist either. In a loan transaction when someone stops paying, the other party loses money. That doesn’t happen.

The payment that homeowners (and all consumers) received at the “closing” was merely an incentive to issue the instruments that were used to issue unregulated securities to investors. Contemporaneously with each homeowner transaction, the role of the lender, loan account, risk of loss, and compliance with statutes was completely eliminated. Instead, an infrastructure emerged that was focused on the appearance of debt collection without any debt held by any creditor. * In Iceland, they took care of the problem by nationalizing the issue. They reduced all household debt by 25%. The problem was over. Their economy recovered in a few months. Ours has lingered on for more than 20 years. We also nationalized the issue by the takeover of the GSEs Fannie, Freddie etc. But that was to protect the perpetrators of the greatest scam in all human history.

All of this information can be put to good use by consumers who are receiving claims to administer, collect or enforce a debt that is claimed to exist on the books of some creditor. There is no debt and there is no creditor. By freeing up the process from being actually tied to ownership of any loan, the Wall Street securities firms were able to sell multiple iterations of various hypothetical interests in the performance of the transaction rather than the transaction itself. On average they made at least $12 for each $1 paid to consumers or on their behalf in installment contracts like those that were falsely labeled as loans. * Despite the complexity presented here, the message is simple. If there is no loan, debt, or underlying obligation, then the note and mortgage are evidence of nothing.