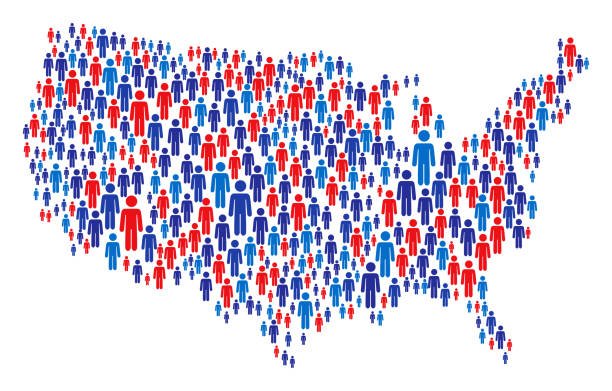 Vector of USA Map Made of Stickman Figure with Patriotic Colors

WASHINGTON, DC – Today American Property Owners Network (APON) is calling on all Congresspeople and politicians to support temporarily shutting down foreclosure mill activity– which is occurring on a massive scale across the country–pending a full DOJ and/or Congressional investigation.

With mid-terms approaching on Tuesday, November 8th, 2022, APON is sending out a policy memo with possible solutions to problems facing homeowners in the era of Wall Street “securitization” of home loans, to which they hope incumbent Congresspeople as well as politicians running in the midterms will respond. The Capitol is further being called upon to audit its own prior investigations into financial institution wrongdoing, and the compliance of financial institutions with settlements that have been made over the past 12 years.

Some of the problems APON wants resolved include: foreclosure mills continuously being allowed to wrongfully claim injury and file forged documents in our courts; homeowners being forced from their homes without due process; and foreclosure defense attorneys unjustly being disbarred. Further, APON wants to stop what they term “fraudclosure” from happening to anyone else. Regarding the ongoing crisis, Wall Street financial expert and APON attorney advisor, Neil Garfield, ( https://livinglies.me/2022/08/31/when-legal-fictions-simply-go-too-far/.) states: “The continuation of current securitization practices will result in another crash similar to 2008, though perhaps not as severe.” The full APON policy memo to Congress can be accessed via a request to admin@apropertyownersnetwork.org.

APON has also endorsed the March on Corruption event in Washington, DC, on November 1st, being spearheaded by investigative journalist Patrick Lovell, the producer of the docuseries The Con. (For the trailer, see https://www.imdb.com/video/vi4033199641/?playlistId=tt12667346&ref_=vp_rv_ap_0.) As The Con shows, financial crimes on a massive scale were ignored by both Republican and Democrat administrations during the 2004-2016 era, and they continue today. For information on the 11.1.2022 march, contact Rose Ann Rabiola Miele at BcRabiola@gmail.com

Statements issued by APON board members:

States Ann Chin, APON Secretary-Treasurer, and foreclosure survivor: “This unacceptable pattern of foreclosures—or “fraudclosure” as I like to say–and the related dishonest lending and market manipulation is the direct result of the corruption of Wall Street institutions, their subsidiaries and their foreclosure mill law firms Also, the tens of trillions of dollars the Federal Reserve has given to Wall Street in Quantitative Easing moneys funds more fraudclosures. I lost my home and almost lost custody of my children. Their greed and corruption ruined my family’s life, and the families, marriages, health and mental health of hundreds of thousands others like myself.”

APON’s President, a former government official who is facing the fourth foreclosure by the same parties on his homestead, who represents himself in court, states: “The abuse of process–the court process–by mega law firms allows the Big Banks and their subsidiaries to dispossess property owners. They use the gigantic loophole of their legal presumptions game under the disguise of debt collection. These abuses are made available to them by judges who are unable or unwilling to understand arguments in favor of homeowners.

Adds Ann Chin, “We are looking for property owners, lawyers, and activists to join APON at www.apropertyownersnetwork.org/contribute(go to the “Contribute” tab from our homepage). We are also encouraging all Americans who care about our government’s honesty and accountability to join together in peaceful protest on Tuesday November 1st, at the March on Corruption, in front of the Federal Reserve in Washington, D.C.

APON is a 501C4 non-profit organization whose mission is to use mass political and legal action to stop the illegal transfer of homesteads and properties from the middle class to corrupt Wall Street entities and their subsidiaries. APON also provides support for those individuals experiencing related unfair housing market practices and fraud-based foreclosures, as both the legal issues and court processes are complex, and those facing it need to learn about relevant laws and court processes, as well as receive social support. APON is advised by several attorneys and experts in the field.

William Black, a former bank regulator during the Savings and Loan crisis of the 1980s and ’90s and respected control fraud crime expert, who also appeared in the recent docu-series, The Con (produced by Patrick Lovell) alongside multiple other former bank regulators and experts, has stated that the fraud scheme in which many mortgage loans originated since the early 2000’s fits a white-collar crime pattern–of which many regulators fully recognized in 2008, and is still being perpetrated today, as virtually no one was ever prosecuted for the criminal conduct. APON estimates that approximately 50 million Americans have lost their homes in over 15 million related foreclosures with another estimated million unlawful foreclosures on the horizon due to the current Wall-Street-engendered housing bubble/”securitization”.

For more information about APON, a 501C4 AVO, email Ann Chin, APON Secretary, at admin@apropertyownersnetwork.org or by calling 941-237-0558.  For information on the March on Corruption, contact Rose Ann Miele at Bcrabiola@gmail.com