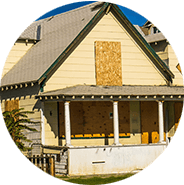 In recent weeks, you may have read about Alton King, the Massachusetts resident who has been fighting a racist and illegal home-loan and foreclosure for over 12 years. The Massachusetts Alliance Against Predatory Lending (MAAPL), a non-profit supporting him through his battle against the foreclosure and now against the eviction process, is a coalition of approximately 70 housing counseling agencies, legal services groups, social service agencies, and community-based social action groups that have joined together to address the foreclosure crisis in Massachusetts. Grace Ross, and others who started MAAPL, had been involved in fighting housing injustice for many years prior to the 2004-07 predatory, illegal lending/securitization practices of Wall Street. Since 2008, they have not only supported homeowners’ court battles, but also been able to stop dozens and dozens of evictions.

MAAPL has not only supported individual homeowners in their foreclosure/housing court battles, but also has supported the passage of bills to protect homeowners and neighborhoods throughout Massachusetts. APON will be sponsoring an online nationwide Anti-Eviction Workshop that will be conducted on Wednesday, November 30th at 7 pm with Grace Ross. Recently APON interviewed Grace Ross about MAAPL (see link below) and their defense of Alton King.