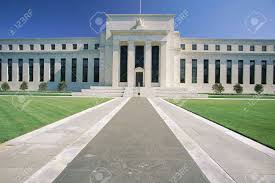 November 1st March on Corruption at the Federal Reserve Endorsed by APON; Ben Bernanke Should Never Have Won the Nobel Peace Prize!

Ben Bernanke should NEVER have won the Nobel Peace Prize for economics–FAR FROM IT. Tens of millions of people lost their homes in the aftermath of 2008, some of whom are still fighting in seemingly heartless and corrupt foreclosure courts. Investigations by diligent FBI and DOJ officials were thwarted, and white collar criminals responsible for the 2000’s on-going illegal lending and faked securitization scheme bankrupting their employers, the Big Banks, never went to jail.  And Ben Bernanke was responsible for the decision by the Federal Reserve to bail out the banks these criminals controlled and drove to near bankruptcy. Many see the Federal Reserve and Ben Bernanke as having committed an illegal act at that time, based on corruption, such as: the author of new book, Noni Princ, (https://www.amazon.com/Permanent-Distortion-Financial-Markets-Abandoned/dp/1541789067/), Jennifer Taub, (author of Big Dirty Money), Christopher Leonard (author of The Lords of Easy Money),  and Patrick Lovell, investigative journalist and producer of The Con docu-series), among others. And now it could happen again, unless the public demands action.

The financial services practices that led to 2008 never stopped, which is the reason housing justice activists and anyone interested in Americans’ rights to property must consider joining our protest. American Property Owners Network (APON) is a non-partisan, non-profit group dedicated to supporting homeowners fighting fraud-based foreclosures and to bring homeowners across the country together to politically oppose economic policies and financial services practices like those which led to the 2008 meltdown, such as predatory lending targeting women and minorities, as well as fraud-based foreclosures. Those policies and practices haven’t stopped, and we are headed for another fall, this time even bigger than 2008, according to financial services expert and foreclosure defense attorney, Neil Garfield (Living Lies blog), and others.

American Property Owners Network (APON) has endorsed the Nov. 1st March on Corruption in Washington DC, which Patrick Lovell (The Con, Truthbombs podcast, is organizing. In a policy memo which is being sent to all members of Congress, we are demanding a nationwide “Fraudclosure Shutdown”, and will be protesting alongside members of the Poor People’s Campaign and Occupy the Fed, until these issues are resolved and a program for homeowner justice is initiated. See the policy memo, along with a downloadable letter template, on our facebook page at www.facebook.com/APONJustice

Find the link to the March on Corruption on-the-ground-at-the-Fed-DC fb event page here: https://fb.me/e/3zXo67LeW or to go to the online event being produced by Patrick Lovell, starting at 12 noon EST, go to: https://fb.me/e/1X7S3MKHq